In 1986 the first official Poetry Slam was held in Chicago. Since then a lot has happened. With the Keller-Klub and the Rosenau even Stuttgart has two big locations that hold sold-out competitions for people with a penchant for literary lecture at regular intervals. The academic club Hütte Stuttgart took the established Poetry Slam as a role model and in July 2010 organized a similar event in the Baden-Württemberg’s state capital for the first time. This, however, was quite different: The Science Slam.

Similar to the very popular template several participants compete against each other. The difference is that the speakers do not present poems, short stories or texts; instead they offer an approximately ten-minute oral presentation on a scientific topic of their choice. It does not matter whether the participants explain to the audience why the Middle Ages were not that dark, what the big science behind cooking pasta is or why hackers have an unconditional right to exist. The main issue is that the guests are entertained and that they leave the room a little smarter in the end. There is no need to fear confusion by a special jargon because the Slammers put their content in amusing computer presentations and intelligible words.

The first German Science Slam was organized in Darmstadt at the end of 2006 by the Poetry Slammer Alex Dreppec. At least since 2008 the Science Slam is a term familiar in many other German cities, for example the Brunswick House of Science where eloquent researchers regularly compete against each other. In June 2010 they even fought themselves in Brunswick for the first German championship. The Stuttgart offshoot, organized usually every six months, continued on January 19th this year already in the fourth round. In the cozy atmosphere of the associations own lodge house, the event gets better from issue to issue. Not surprisingly the visitor number is rising steadily too.

For upcoming events and more information the website of the event is to be recommended. 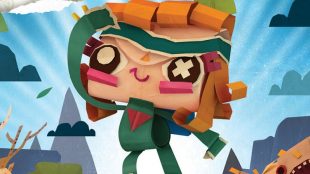